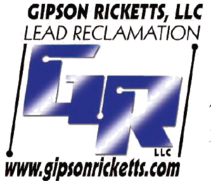 Lynn’s involvement in the shooting sports began in 1972. Starting as a high school age trap setter at the old Elliott’s Shooting Park in Raytown Missouri, Lynn advanced to trap line supervisor, assistant manager and then manager of Elliott’s within five years. Since Elliott’s owned their own lead recovery equipment, Lynn gained a “hands on” education in the lead reclamation process and goals while still in his teens.

After graduation from the University of Missouri, Lynn’s career path turned to the construction industry. While employed by a series of Kansas City area mechanical contracting firms, business administration skills were sharpened and valuable practical knowledge of construction estimating, project management and job cost accounting were gained. All the while, Lynn remained involved in the shooting sports. Lynn was a member of the Board of Directors of the Kansas City Trapshooters Association for 35 years (President 1986), and the Missouri Trapshooters Association Board of Directors for 32 years (President 1988), serving as MTA secretary for 26 years. He was directly involved in the planning, construction and management of not only the KCTA’s Smithville Lake trap and skeet facility, but also every improvement, addition and Board decision at the Missouri home grounds in Linn Creek since election to these Boards. Using his own computer systems, custom software and extensive knowledge of the ATA registered shoot process, Lynn provided the computer services for the Missouri State Shoot and Fall Handicap Tournaments from 1991 to 1999…the largest Missouri Fall Handicap to date. In 2012 Lynn became Executive Director of the Amateur Trapshooting Association, and assumed a more passive role with Gipson-Ricketts in order to dedicate the majority of his efforts to his responsibilities at the ATA.

Has been an active ATA member since 1988 and currently a life member on the  Board of Directors of KCTA in Smithville Mo.Steve has served as President of Missouri Trapshooters Association and is curently serving as Western Zone Director and ATA Delegate. With over 30 years experience in Heavy Equipment Maintenance and Operation as well as Earth Moving and Quarry/Aggregates production. Steve has been involved in several of the capital improvements made at KCTA and MTA in the last few years such as drainage improvements and trap machine maintenance and setup.

In 2006 KCTA decided to reclaim the lead from the clubs 11 fields. Steve assisted in obtaining the necessary equipment and provided instruction in the setup and operation of such equipment. By the time the club was finished with their own project other club owners and managers were inquiring about getting their fields reclaimed. With Steve’s background in customer service he understands the need for a good relationship with the customer is critical to being  successful. Steve continues to research new and improved equipment and methods related to the business to increase production and limit the disruption of clubs operations while on site.